Why Color vision chart is pseudoscience

First, the definition of color weakness: color weakness is also called “abnormal trichromatic vision”. Color vision defects. Mild color blindness having the ability to recognize colors but low sensitivity. Hypochromatic patients have poor color discrimination ability and can only see color when the color is relatively saturated. Variations in hue can be distinguished only when there is a large difference in wavelength.

Definition of color blindness: Congenital color vision disorder, often called color blindness, is the inability to distinguish between colors or certain colors in the natural spectrum. 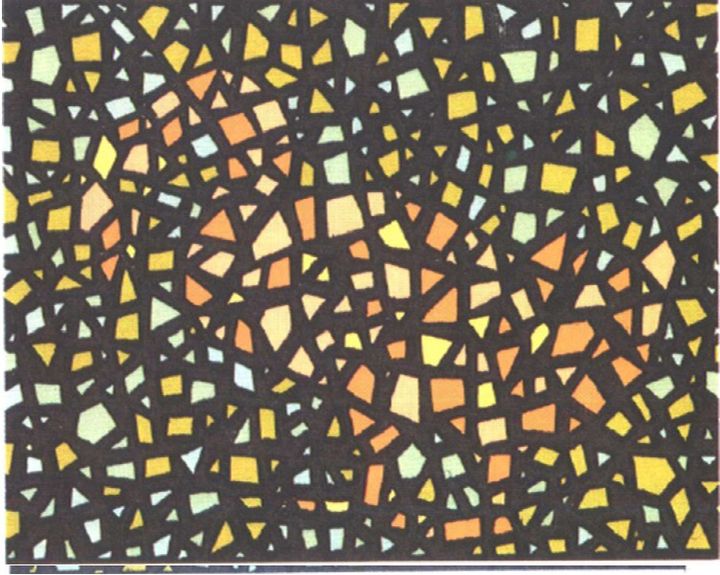 The above two figures are extracted from the most commonly used version of Yu Ziping’s Color Blindness Examination Chart.

Display will be affected by brightness and chromatic aberration, recommended reading. The answer to figure 1 is fish, and the answer to figure 2 is goose. As the two most difficult pictures in the book, how many of you can see them? It is believed that many of you have not read these two charts since you were a child, including when you are studying in your current school or industry. Because of the difficulty, general doctors will not use these two charts to test, but use other pages. Then according to the discriminant criteria in the book, it is possible to put out these two pictures will be a lot more so-called “weak”. So in fact, many people are more or less some abnormal color vision, just the difference between the weight. So back to the normal and the definition of the weak, so if the color blindness examination chart is the standard, I am afraid that the weak population will be far greater than the current statistics.

The second reason for pseudoscience: confusion of concepts

At present, biology shows that abnormal color vision is accompanied by X recessive inheritance, color weakness or color blindness or normal people are actually the human biological traits, and there is no superior or inferior at all. Normal and weak color blindness is just a generalization of the characteristics of the characteristics of color saturation of the people to take the name. However, it has been shown that although people with abnormal color vision are slow to color saturation, they are more sensitive to color lightness than the so-called normal people 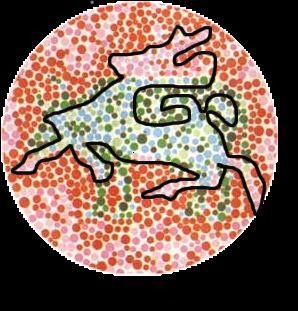 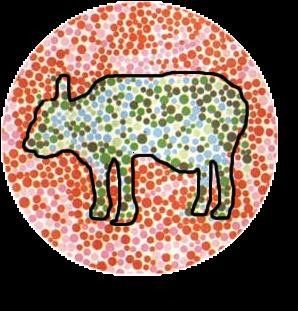 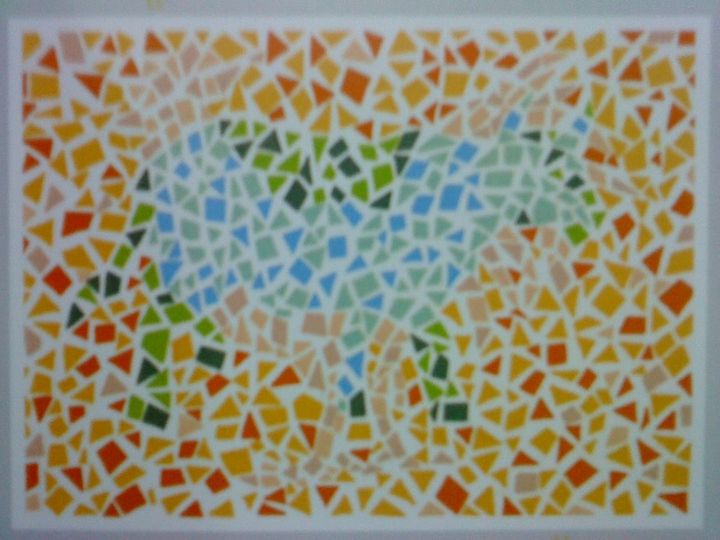 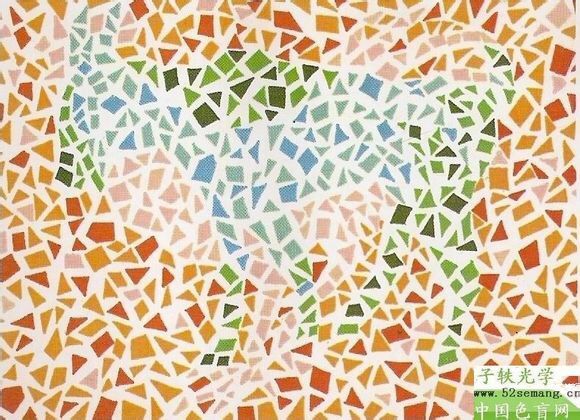 From this rule, you can look at Figure 2 and Figure 3. Using the law of brightness and saturation, you can find the cow and chicken, sheep and chicken, you can see it. So congratulations to everyone who has successfully promoted the color vision of Superman. Just kidding. People with weak color are sensitive to color lightness, so they can see the deer at a glance, while it takes some effort to see the cow. Normal people are sensitive to saturation, so they can see the cow at a glance, but it is difficult to see the deer due to insufficient lightness distinction. So from the concept of light and shade, is it right to the color vision abnormal people name the title of normal people, and then the so-called normal people name for the blind… Dark blind… Bright blind?? Then you can’t participate in industries that rely on shades.

So through the priority test of brightness and saturation, that is, the color blindness check chart test, can we conclude that the color is weak or even color blindness? Not rigorous!! What does pseudoscience bring? Is not fair, is gratuitous discrimination, destroy how many people’s future! Although there is no weak medical personnel, but hope that medical units can not forget the weak population, since it is genetic traits, then in biology and genetics can find a way to solve. It has been wrong for too many years to find a more scientific solution to eliminate the current pseudoscience as soon as possible